Below is an attached document containing a lecture prepared by the late Judge Roger J. Miner United States Court of Appeals Judge for the Second Circuit. In detail it describes the history and development of the Northern District Court of New York.

To view this lecture in PDF form visit The United States District Court for the Northern District of New York -Its History and Antecedents by Honorable Roger J. Miner.

For a brief history of the Northern District of New York:

The court has offices in Albany, Binghamton, Plattsburgh, Syracuse, and Utica. The court also holds court at facilities in Watertown. The court accepts filings from members of the bar through an automated case management system CM/ECF over the Internet. 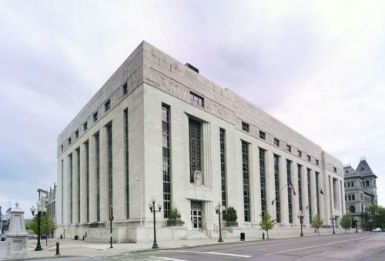